Don’t Scare Your Audience Away From Your Pet Business Website 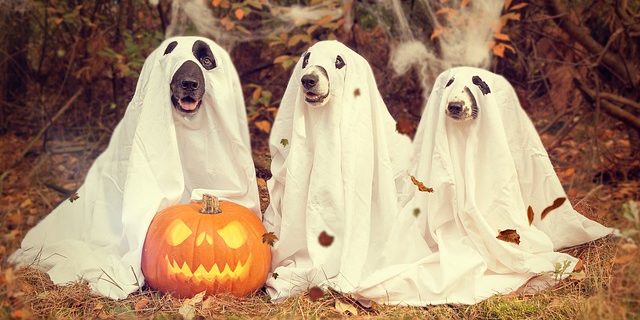 Today I’m going to take quick a detour from the Stellar Pet Industry Marketing Case Studies series, and instead tell you a story about presenting the WRONG type of content to your audience…

When I was five years old, I went to one of my first slumber parties. It was at the house of our neighbors down the street, who had children about my age.

I was excited about the evening. And things started off just fine.

However, at some point during our play time, the family decided it was time for everyone to watch a movie…

I was up for that. I loved movies, too! I wondered what we would watch… at the time, My Little Pony was at the top of my list, and I hoped that’s what they would pick.

However, they opted on a type of movie that was completely new to me… they called it a “scary” movie. Years later, I learned it was what you would call a “slasher” movie. It was one of those stories (and I use the term ‘story’ very loosely here…) where a madman in a mask runs around with a chainsaw, terrorizing and slaughtering innocent victims.

I had never seen anything like it before. And it scared the living daylights out of me.

When my friends’ parents realized that I was covering my eyes and on the verge of tears, they told me I didn’t have to watch anymore… that I could go into the next room and play with the toys there.

However, that room was completely dark (to better enhance their movie-viewing experience). And as I sat there by myself, trying to play My Little Pony, I could still hear all the chainsaw riffs and blood-curdling screams coming from the next room.

Later that night, as we all settled down for bed, my imagination went wild. I kept thinking I saw the shadow of the killer at my friends’ window. Every noise I heard morphed into visions of the masked man coming to get us.

Eventually, I didn’t want to stay in that scary house – so I got up and left without informing my hosts… and I ran home to my family as fast as I could.

Needless to say, my parents were surprised to see me show up, having just run barefoot through the dark neighborhood by myself – and they were none too happy with our neighbors, for having played a movie that was completely inappropriate for an audience of five-year-old children.

The point is, if your audience is looking for My Little Pony and you show them masked serial killer (or vice versa), they won’t stick around. If you send the wrong message, or do something to make your customer unhappy or confused – you might send them running away screaming.

For example, ‘legalese’ (the type of jargon-laden language you’d expect to find in a legal contract or IRS document) can be terrifying to many prospects, myself included. Legalese can easily get my heart rate up, just like that chainsaw movie did.

Too much corporate speak or fancy medical jargon can turn pet business prospects away, too. It can be like a mask that hides the ‘humanness’ of your company.

According to the book Content Rules by Ann Handley and C.C. Chapman, customer preferences nowadays tend to favor content that sounds like it’s written by an actual living, breathing human being.

After all, transactions don’t occur between businesses or corporations – there’s always a person-to-person interaction behind those business deals. And that’s true whether your pet industry company specializes in business-to-consumer or business-to-business.

If your content sounds like it was written by an actual human being, that goes a long way toward establishing trust – because you’re basically “removing the mask” and letting your customer know there’s a real person behind it. And trust is crucial for bringing in new customers, as well as sustaining relationships with established customers, and showing them that they have nothing to fear from your company.

So, figure out what type of content or solution your audience is looking for, and then deliver that to them in a format they will not only understand, but also enjoy. Don’t try to force anything else on them – or else they might run away to your competitors.

Be sensitive to the needs of your customers – it will make for a great experience for them, and also improve your business’s bottom line. A win-win for everybody.

SEO for Veterinary Practices: Where and How to Use Keywords
September 29, 2019

How much should you pay for a good copywriter for your pet or veterinary business?
April 27, 2019

Tidy up your pet or veterinary website, to make it more effective
March 21, 2019

Top 5 Takeaways from AWAI’s Bootcamp for Your Veterinary Business
October 28, 2018